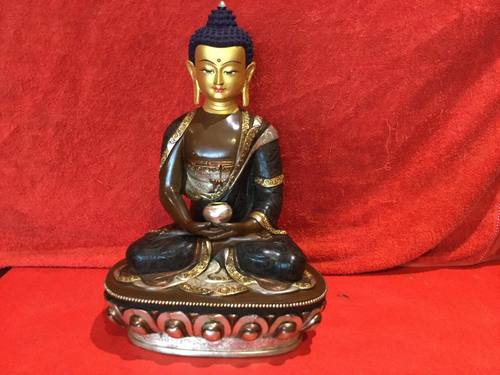 Shakyamuni Buddha - Gautam buddha is believed to have had 550 incarnation. Many previous Buddhas and other Buddhas yet to come are known as Buddha.To distinguish from all other Buddhas, he has been called Shakyamuni (the Lion of Sakya clan), the son of King Suddhodhan and the queen Mayadevi. He was born on 533 B.C at Lumbini, western part of Nepal. He had attained "Bodhi" or knowledge after 6 years in fasting and meditation and then he was called "Buddha" as he was "the enlightenedÂ one". He died at the age of 80 at Kusinagar

Amitabh buddha - Amitabh Buddha, is the ancient Buddhas among the Dhyani Buddhas. He is worship thinking that pne can have salvation. His famale is Pandara. Amitabh denotes "boundless Light".

Other Products in 'Religious Statues' category 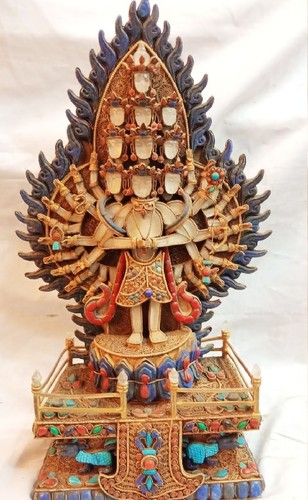 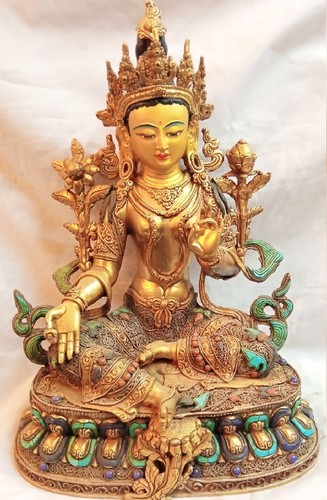